Phillip A Scheib (Conductor and Arranger)

Eliza on the Ice

The Cat Came Back

In this spoof of opera, a play is held about the sweetest of love stories, in it Carmen's mother pleads with her to marry the rich count, a dopey looking dog named Dodo, insisting that in his old age he will not last much longer, leaving his fortune to them when he passes. However she refuses to marry Dodo, as she only believes in marrying for love, and she is quite in love with a kind yet poor woodcutter, by the name of Tyrone (who is played by none other than Gandy Goose.)

Count Dodo soon arrives to Carmen's home, bringing an immaculate haul of gifts for the fair maiden, 20,000 gallons of gasoline, 40,000 pairs of nylon stockings, and even a half a pound of butter! Carmen's mother stomps on a floor board sending Dodo flying up to talk to Carmen, sitting atop her balcony, he announces his love for her, only for her to hit him the head with a hammer. Her mother launches herself up, begging one final time for her to marry Dodo, she not only refuses, but also drops a stove on top of his head.

Finally her mother, having exhausted her options, commands her knights to seize her and bring her to Dodo by force. Using a woodpecker like a typewriter she writes a letter telling her love, Tyrone, that she needs to be rescued, the bird brings the message right to him, and he wastes no time coming, riding in on a Pegasus. They open fire cannons on him as they send an army of knights onto the battlefield, Tyrone grabs the cannon balls out of the air with his lance and throws them at the knights, which blows one of them up into a pile of tin cans, the rest of them turn around, running away from him. Meanwhile outside of the play the orchestra for this performance struggle to keep up with the action, playing their instruments with such vigor that many of them injure themselves.

At last Tyrone and the final knight come head to head in a sword fight, and so do their steads, with Tyrone coming out on top. He and his Pegasus fly up to Carmen's balcony, whisking her away from the castle. With Carmen gone, Dodo decides to marry her mother instead, who is very flattered by his unexpected show of love.

With our heroes soaring through the air, Tyrone is bashful, but his stead nudges him into sharing a lovely and heartfelt kiss with Carmen, closing out both the opera and the cartoon. 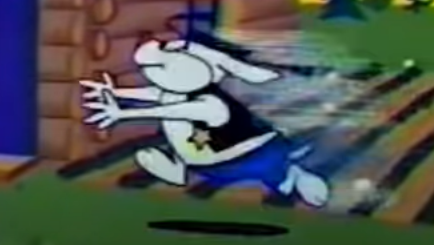 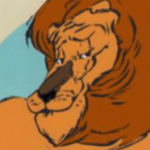